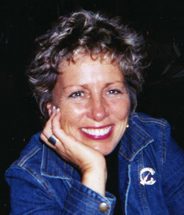 Suzan Hebditch is the daughter of a hotelier. Inn-keeping is in her blood. In following her bliss, she landed, by chance, in Annapolis Royal in 2006 and fortuitously was taken to the Bailey House. Some months later she found herself the Proprietor of this marvellous circa 1770 home.

Previously Suzan was a successful Executive with a background in law librarianship. She was born, raised and educated through her undergraduate years in Northwestern Ontario until moving to Alberta to pursue graduate studies. She stayed there for a number of years but for a brief period in southern California. Most recently her career took her to southern Ontario where she resided for six years until the call to Atlantic Canada and Nova Scotia became too strong.

The historic Bailey House is situated on the oldest streetscape in North America. That fact alone speaks to her love of Canadian history and literature. The allure of a heritage property – one of the oldest in Canada – on a salt water shore with 28+ foot (8.6+ metre) tides is an inspiring venue from which to launch her second career.

Suzan is known as a gracious host and loves to entertain people in her homes. She has recently, thrice attended the Culinary Institute of America in New York, to hone her cooking skills which her lifestyle at the Bailey House and in Annapolis Royal allows her to indulge in.

Continuously improving and reshaping the Bailey House and grounds, her love of gardening has recently manifested itself in a complete excavation and re-design of the waterside gardens with scenic views over the Annapolis Basin and additions to the back vegetable and herb gardens.

Outside of the Bailey House, Suzan has walked the Camino de Santiago, an 800 km (500 mile) pilgrimage from St. Jean Pied-de-Port in France across northern Spain to Santiago de Compostella an impressive 7 times since 2013. Each walk was a truly life-changing experience!

The Bailey House is also home to the effervescent and charming Lucy. She is an agreeable, hypo-allergenic, Portuguese Water Dog, born in November 2014. An ebullient (still!) puppy, Lucy-Belle delights the guests of the Bailey House but is unobtrusive and not permitted in guests’ rooms.

Celebrating sixteen (16) seasons of hosting visitors to historic Annapolis Royal, Nova Scotia, Suzan and Lucy invite you to come, enjoy and relax at the Bailey House where you will… indulge in a uniquely Canadian experience.